Gallerist and promotor: Maltese art to the forefront

Lily Agius established the Lily Agius Gallery in 2011 and is the founder and editor-in-chief of Artpaper. Although she has been a fixture on the Maltese art scene for over a decade, she shows no signs of slowing down. Lily talks about her work, contemporary art in Malta and her plans.

The coastal town of Sliema is one of Malta’s busiest shopping districts. It is also home to the Lily Agius Gallery, founded in 2011 by the eponymous curator. A graduate of the History of Art and Design at Manchester Metropolitan and History of Art at the University of Malta, Lily presented her first exhibition in 2004 with the British photographer Charlie Roff.

In the early years of her career, she found a mentor in Professor Dennis Vella, a figure who contributed significantly to promoting Maltese art, both historical and contemporary. Vella, who passed away in 2009, was the curator at the National Museum of Fine Art and formed an integral part of the Faculty of Art at the University of Malta. Lily cites him as the one who inspired her to take Maltese work seriously.

It was his artist studio visits, she explains, that motivated her to explore Maltese art and artists. “Malta’s art-scene is indebted to him. Without him, so much local work would have been lost or underappreciated. But it wasn’t just his knowledge and passion for art that was inspirational. He also gave me the confidence to pursue my own career in contemporary art.”

With a hunger for curation but no gallery of her own, Lily sought out numerous spaces to bring art to the public arena. “In the early days I exhibited various artists’ work in different locations, mainly hotel lobbies. This proved to be successful, but it wasn’t sustainable, and I knew I could do more.”

Having spent her formative years in London, she gained invaluable knowledge about arts and culture. “I could see a difference between how the arts were regarded in the UK and Malta. In London, art and culture was part of my everyday life. It ran in parallel to everything I did.” However, when she moved back to Malta, she soon discovered that that wasn’t necessarily the case in the country that she had now decided to call home. “So,” she adds candidly, “I thought to myself, well, I just have to find a way to expose intelligent and good art made by those people here that I believe are true artists.”

Art business seemed to come naturally to Lily, but she recognised that she wanted more agency over her curatorial practice. By her late twenties, she made a bold move and decided to open her own gallery. “Having my own space allowed gave me a certain freedom to experiment with formats. And more importantly, to build my own programmes around my own timeframes.”

In 2006 she also became editor of Manic!, a local lifestyle magazine that formed part of The Malta Independent. “When I joined the magazine, my first instinct was to add a section dedicated to local art.” But just one section in a magazine wouldn’t cut it, and in 2017, Lily had launched Artpaper, a publication dedicated solely to the Maltese and internation art-scene. Her drive to do so, she maintains, was instinctual: “Anyone who works in the arts is just driven to do so by an inexplicable unconscious calling. I have made it my mission to be the instrument for the voice of true artists. Without art promoters and patrons, like myself, contemporary artists would have no way to express themselves or be heard at all. Especially in the Maltese context.”

Of course, working in the arts in Malta hasn’t always been plane sailing. When she first moved to the island, many of the more established artists that she had been surrounded by when she was a student were reaching the end of their careers. “All those late modern sculptors and painters weren’t producing as much work and thelocal market seemed to be flooded with so many watercolour landscape paintings.” In addition, she maintains that the passing of sculptors such as Gianni Pace and Anton Agius, had left Malta bereft of great works of bold mediums like wood and stone.

However, she acknowledges that there has been a resurgence in contemporary art over the years: “We have witnessed this in both performance and visual art. We have always had talented artists exhibiting and performing in Malta, with groups like START, who were active in the late 90s, and practitioners like Jimmy Grima, whose theatrical performances are coupled with stunning set design.”

Lily is adamant that there is an abundance of talent on the Maltese islands, and she has been privileged enough to work with several of them: “Over the years I have worked with many different characters”. At the beginning of her career, she started out by presenting a mix of work, which mostly appealed to the current tastes of the time. “But,” she hastens to add, “tastes have changed. And so have mine.”

She is very selective, choosing to represent a mixture of artist that are Maltese and international. These include Maltese and Malta-based artists Lon Kirkop, CO-MA, Christian Palmer, John-Paul Azzopardi, Stephanie Galea, Alexandra Aquilina, Elisa Von Brockdorff, Adrian Scicluna and Goxwa – most of whom she gave debut shows. With regards to international names, Lily has worked with New York based artists Pat Kurs and Skye Ferrante, J Roldan, who is based in Columbia and London, and Naoya Inose from Japan. “I have found artists at international art fairs, galleries, and of course recommendations from other collectors and artists are key.”

It’s her easy nature that she credits as the reason for her ability to work with artists: “I think that over the years I have proved to be easy to work with and I think that this has helped me keep long relationships with my artists and to be able to meet new ones.” Respect also plays an important role in maintain these relationships. However, it is a quality that she feels that those on the Maltese art-scene must work harder for. She explains that “while being an artist was a respectable career in Malta two generations ago, it is sometimes nowconsidered to be a hobby. There is a lot of work to be done still to change this perception.”

Luckily, Lily believes there is a new generation that may be able to change this. She sees that there is a generation that was lucky enough to discover contemporary art outside of the Maltese islands. Many of those “that studied the arts or have an interest in art, are now using their buying power locally to support the arts, thereby making the careers of a number of artists possible.”

In 2022 her ethos remains the same: Lily is adamant that galleries like hers should offer the public time and space to step away from their normal day. “Lily hopes that since Lily Agius Gallery first opened its doors 11 years ago, she has been able to provide customers with a gallery where they can come “to perhaps self-reflect, and just think, feel and reconnect.” Above all, she wants the gallery to continually provide support and exposure to well deserved talent. “I also hope that my publication has brought contemporary art to the Maltese community, giving people insight into what is happening both locally and away from our shores.”

Her next step is to expand this internationalization further, and she is working towards creating a pop-up gallery in London, where she will curate a unique selection of work by Maltese artists. “It’s time to help the artists I have been working with locally to penetrate a city with one of the most vibrant and vital contemporary art scenes in the world.”

For more information contact the gallery by email info@lilyagiusgallery.com
or call +356 99292488. View the gallery online via: www.artsy.net/lily-agius-gallery. Visit the gallery at 54 Cathedral Street, Sliema, Malta. 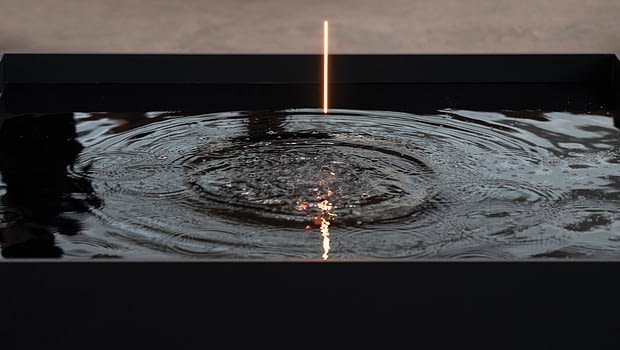 This year's Malta Pavilion, Diplomazjia astuta, has been quite the journey and no small achievement,...

If God was an Octopus

... and other stories from the artist from Fgura who moved to Los Angeles...

In 2014 the establishment of ŻfinMalta, the country's first National Dance Company, was pivotal in ...